Targeted Aid in the Event of a Disaster

In a disaster, whether floods, earthquakes or hurricanes, every second counts in providing humanitarian aid to those in need. The teams of aid organisations are under immense time pressure to find their way in devastated areas. A team from the Fraunhofer Institute for Industrial Mathematics ITWM in Kaiserslautern is developing software that will get humanitarian aid to the right destination faster. To do this, they use drone images that are evaluated in real time with artificial intelligence (AI).

When first responders arrive after a disaster, roads are often impassable and many people are either fleeing or trapped in their destroyed surroundings. To assess the extent of the disaster, the number of people in need of help and possible rescue routes, emergency teams often use satellite images. However, valuable time passes before these are available and analysed. That is why aid supplies can be inadvertently sent to almost uninhabited regions, while in other places people wait in vain for life-saving help.

Some aid organisations, such as the World Food Programme (WFP) of the United Nations, therefore use unmanned drones to take aerial pictures of the crisis area. The first responders then sift through hundreds of individual images and stitch them together to form an overall picture – this takes hours, so valuable time is lost before the rescue teams arrive at their destination with their equipment and relief supplies.

The »Image Processing« department at Fraunhofer ITWM specialises in algorithms for processing surface images; this expertise is now helping the scientists to speed up the process of evaluating the drone images, as department head Markus Rauhut explains: »We are developing software that uses artificial intelligence to automatically compile and evaluate the drone images in real time. It is called EDDA (Efficient Humanitarian Assistance through Intelligent Image Analysis), works without an internet connection and can be used on standard notebooks. Therefore, the tool also runs in devastated areas without infrastructure,« Rauhut continues. »The basis for the fully automated analysis is the combination of image processing and deep learning algorithms that we are developing here at Fraunhofer ITWM.«

In order for the artificial intelligence to start the independent learning process, it is »fed« with data. To do this, the researchers can draw on satellite images from Mozambique or Croatia, where aid workers were in action after an earthquake.

These images are »annotated«, i.e. provided with information about the condition of buildings or roads, and then fed into the software's neural network. This is the start of training in crisis areas: »With the processed data and deep-learning algorithms, EDDA namely begins to independently acquire and analyse newly acquired image data. Through repeated linking, it thus becomes better and better over time – we accompany the training until it is good enough to help in an emergency,« says Markus Rauhut. 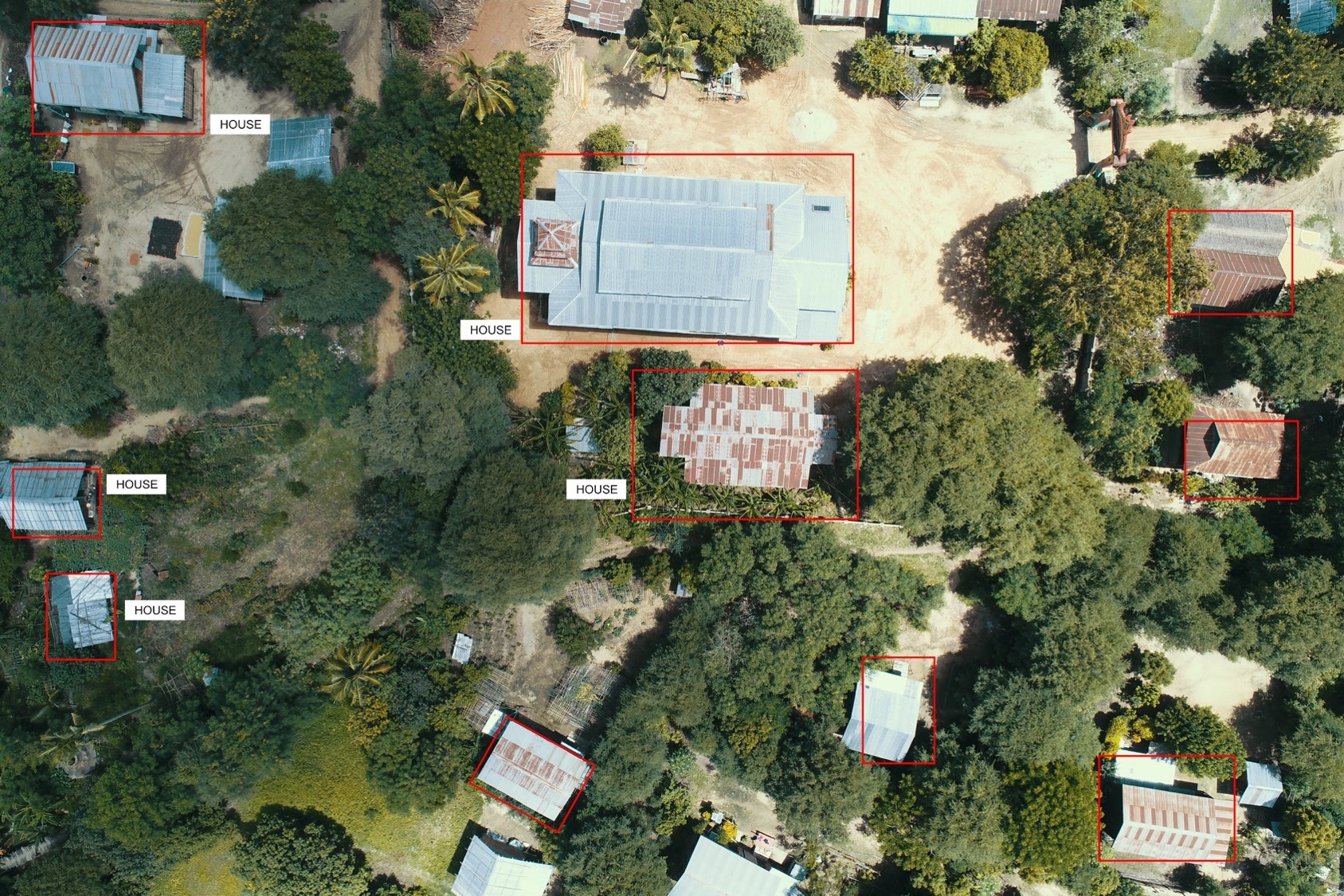 Prototype Ready for Use at the End of the Year

He and his team are currently working on the user interface so that the software can be operated intuitively even when the emergency teams are under great pressure. Their feedback will flow into the optimisation. By the end of 2021, EDDA should provide reliable information about the condition of buildings in a disaster area. In 2022, it will also be possible to make statements about roads and bridges. Not least because of the flood in the Ahr valley, the researchers are also planning to record water levels – these indicate the passability of roads in the affected area. 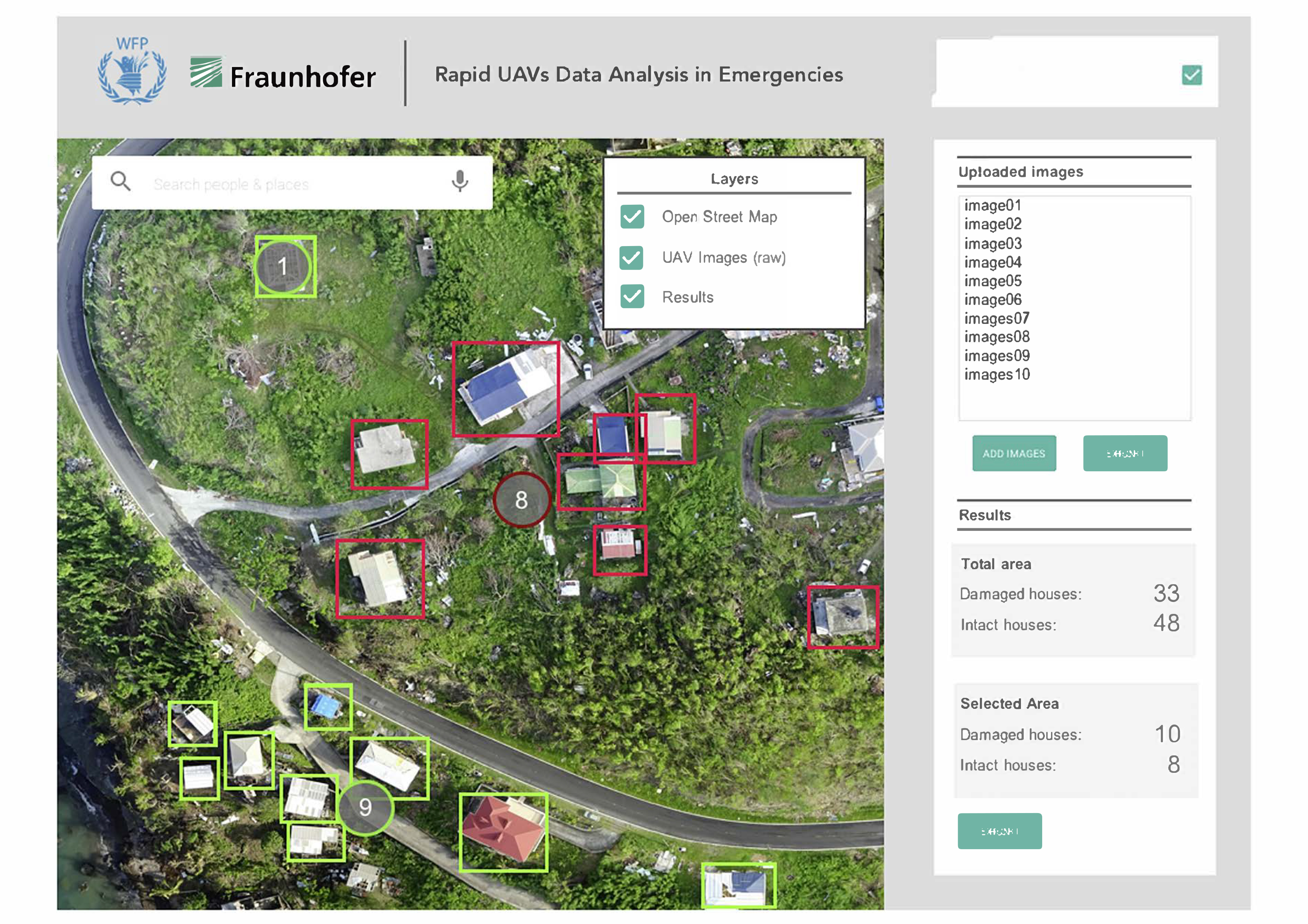 The image recognition software EDDA can thus be a quick and well-founded decision-making aid for aid organisations to get humanitarian aid to its destination faster and to accelerate the reconstruction of stable infrastructures. The Fraunhofer Foundation is supporting the project, which is not intended to earn money. Emergency teams use EDDA free of charge. In order to test the prototype of the software in an emergency, however, the Kaiserslautern researchers still need further input and are looking forward to receiving image data from aid organisations.

In the current episode of the Fraunhofer Podcast »Experience Research – Listen to the Future« [only available in German], Markus Rauhut talks in detail about this special project and his wishes for the next version of EDDA.